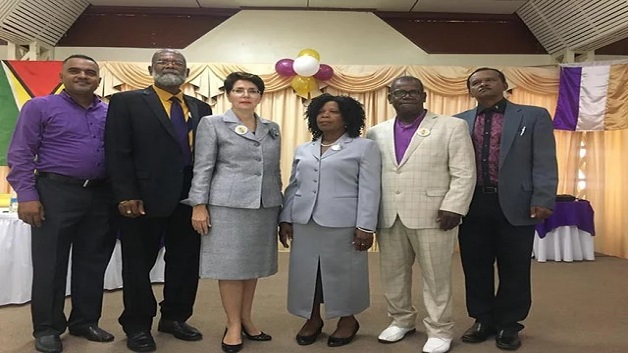 A new political party was launched in Guyana yesterday.

In a report, St. Lucia Online News said the party, called the People’s Republic Party (PRP) is governed by Pastors.

With a pledge by the Christian Leaders at its helm the organisation, pledges to lead the country, far away from the path of corruption towards it best years.

Dr. Valerie Leung, a pastor and senior lecturer at the University of Guyana, who was selected by the party’s members to be its Presidential Candidate, said that Guyana is plagued by corruption by corrupt leaders, who often receive assistance from good people, such as the churches that remain silent.

Dr. Leung assured that the PRP will not be a ploy to entice people to vote, but instead one that seeks to create jobs, economic development, and economic diversification.

Yemeni mum arrives in US to visit dying son in California