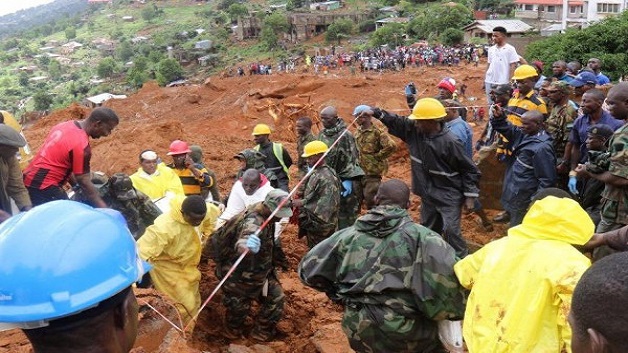 Authorities in Guinea said yesterday that they had found at least 19 bodies believed to have washed up from neighbouring Sierra Leone following catastrophic flooding and mudslides there.

Some 500 people died and more than 800 were reported missing after the disaster that struck Sierra Leone’s capital Freetown on August 13-14, when heavy rains swept away everything in their path.

Two weeks later, officials in Guinea said bodies had washed up as far away as the capital Conakry, some 155 miles from Freetown, as well as further down the coast at the ports of Koba and Kakossa and off the island of Kabak.

According to AFP News, authorities believe they must have been carried by the currents from Sierra Leone due to the grim state of the bodies.

One was missing its limbs, as were the bodies of many of victims swept away by the torrent in Freetown.

Everything Vincy Expo closes today with a special awards ceremony