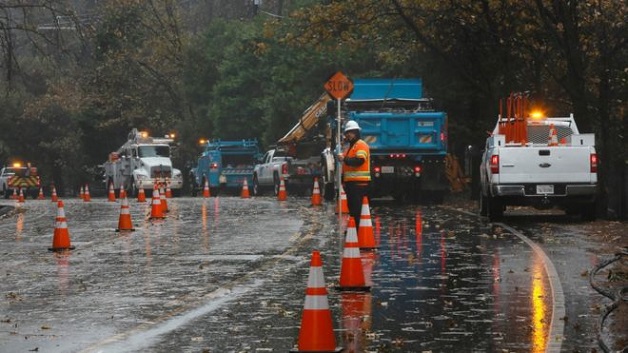 Rain has come to northern California, helping to contain deadly wildfires but bringing fears of mudslides that may complicate recovery efforts.

Some four to six inches of rain are expected to fall in the coming days, and some areas have been warned to prepare for flash flooding.

At least 80 people died in the fires that swept across the state.

According to BBC News, more than 500 people remain unaccounted for after the so-called Camp Fire destroyed the town of Paradise.

Workers have been combing through the debris from more than 10,000 homes that were burned down by the fire.

The rain that began to fall yesterday is the first significant downpour for the state in about six months.