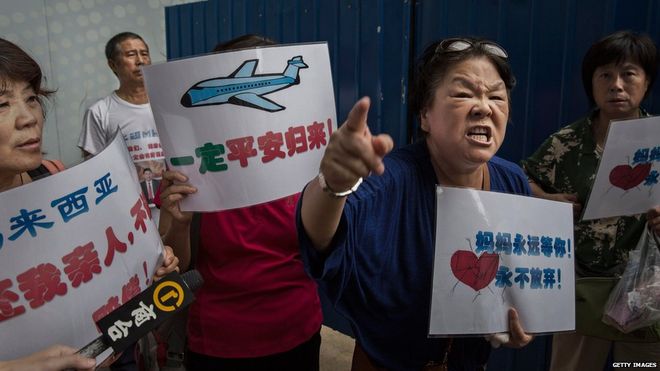 Relatives of those missing on Malaysia Airlines flight MH370 have vented anger at apparent mixed signals over whether part of the plane has been found.

Experts in France had “conclusively confirmed” the wing part found on an island in the Indian Ocean was from the aircraft.

But French investigators stopped short of confirming the link, only saying it was highly likely.

Chinese relatives staged a protest outside the airline’s Beijing offices.The Boeing 777 was travelling from Kuala Lumpur to Beijing on 8 March 2014 when it vanished from radar. It had 239 people on board, most of them Chinese.

Debris found on the remote French island of Reunion a week ago – a wing part known as a flaperon – was the first possible physical trace of the aircraft.

Police advices Public Transportation to hand over items not belonging to them to nearest...