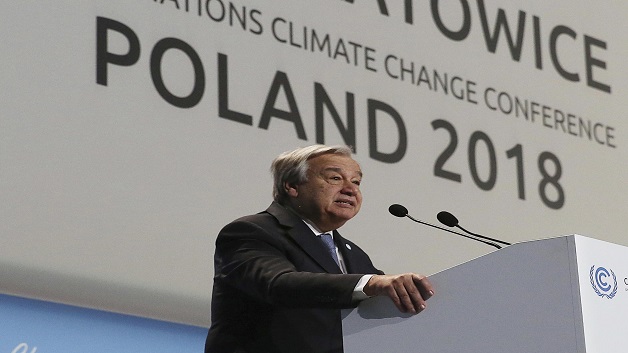 The UN secretary-general has warned negotiators at a major meeting that failing to increase efforts on climate change would be “not only immoral but suicidal” for the planet.

Antonio Guterres has flown back to Poland to try and push COP24 to a successful conclusion.

At the UN talks, a group of countries have said they will enhance their climate plans before 2020. The European Union (EU) and others say they are responding to the urgency of science.

Some observers believe that the return of Mr. Guterres to these talks is a sign that significant progress is not being made.

According to BBC News, Mr. Guterres in his remarks to the conference underlined that fact, imploring the delegates to speed up the pace of negotiations and to be open to compromise.

“To waste this opportunity would compromise our last best chance to stop runaway climate change,” Mr. Guterres said, adding that “It would not only be immoral, it would be suicidal.”

ECCB Governor to hold a discussion with Media practitioners on the Resolution Strategy for...