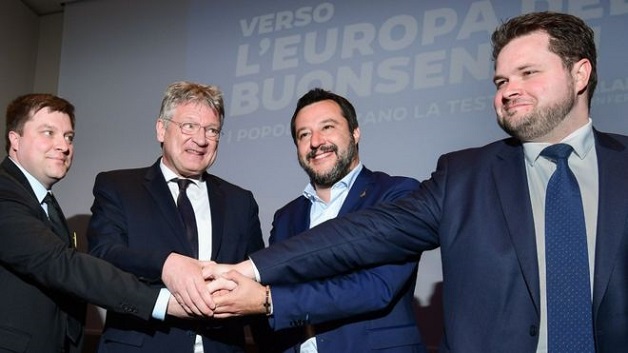 European nationalist parties have announced an alliance, with the aim of changing the balance of power in the European Union.

Italy’s Deputy Prime Minister, Matteo Salvini of the right-wing League party announced the venture on Monday at a news conference in Milan.

He was joined by Germany’s far-right AFD, the Finns Party and the Danish People’s Party – fellow nationalists.

They are campaigning in the European Parliament elections on 23-26 May.

Competing in different countries, they plan to form a parliamentary group – the European Alliance for People and Nations – to challenge the power of centrist parties.

UK parliament suspended for 5 weeks five weeks – with MPs not due back...