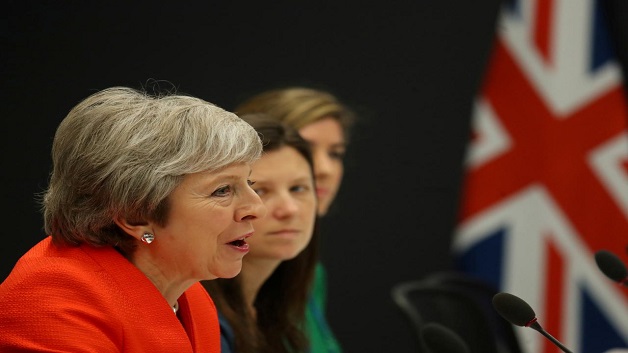 A senior European Union (EU) legal adviser said today that Britain had the right to withdraw its Brexit notice, opening a new front in a battle over Prime Minister Theresa May’s plans to leave the bloc, which could be rejected in parliament next week.

The advice from a European Court of Justice (ECJ) advocate general emboldened supporters of EU membership in Britain’s parliament on the first of five days of debate on Prime Minister May’s plans to keep close economic ties after leaving in March.

But she has no intention of revoking the notice, her spokesman said, despite facing a daunting struggle to secure parliament’s approval in the key vote on December 11 after her plan was criticised by Brexit supporters and opponents alike.

According to Reuters, the formal advice from an ECJ advocate general – not binding but usually heeded by the court – suggested to some lawmakers that revoking the “Article 50” divorce notice was an option.

The crucial December11 vote is likely to decide the shape of Brexit. If, against the odds, May wins, Britain will leave the EU on March 29 on the terms she negotiated with Brussels – its biggest shift in trade and foreign policy for more than 40 years.

If she loses, May could call for a second vote on the deal. But defeat would increase the chances of a “no-deal” exit, which could mean chaos for Britain’s economy and businesses, and put May under fierce pressure to resign.