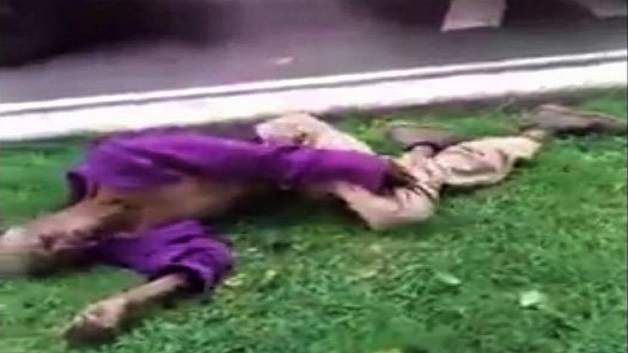 Staff at the Port-of-Spain General Hospital in Trinidad, are saying they followed all protocols and did all it could in the heart wrenching case of Christopher Phillip, an elderly man who suffered and died on the grounds of the hospital yesterday.

The North West Regional Health Authority issued a statement to disclose that a full investigation has been launched into the circumstances surrounding the death of the 80-year-old man.

“Preliminary reports indicate that Mr. Phillip was brought into the hospital yesterday evening via ambulance and was seen at the Accident and Emergency Department. He was treated following all protocols of care and was later discharged. Subsequently, Mr. Phillip was seen lying on the floor outside the department and was assisted by members of staff back into the department to be seen a second time. Mr. Phillip then left on his own accord. His body was later discovered on the front lawn of the hospital’s compound”, the Authority said in a statement.

A six minute, 50 second long video recorded by Facebook user Lystra Alexis showed Phillips writhing in pain on the grass along the pathway leading to the hospital’s Accident and Emergency Department.

The video has sparked outraged with many persons calling on Health Minister Terrence Deyalsingh to demand a full scale investigation into the incident and to take action against those responsible for Phillip’s death.