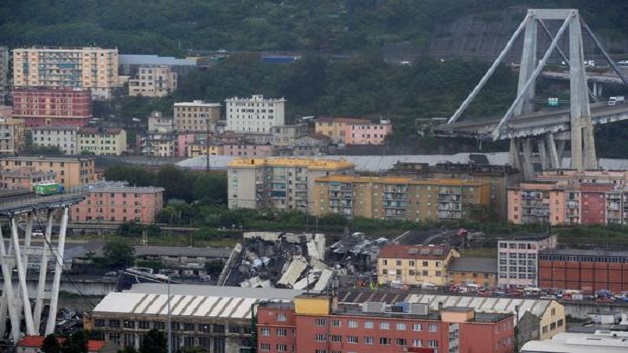 A bridge has collapsed in Italy’s northwestern city of Genoa sending vehicles falling nearly 100 metres to the ground and killing at least 22 people, according to authorities.

The death toll is expected to rise, the Italian Deputy Transport Minister said, after part of the Morandi Bridge on the A10 motorway caved in today.

About 200 firefighters were deployed to the scene, the fire service said, with two survivors reportedly pulled from the rubble and flown to hospital by helicopter.

The cause of the disaster was not immediately clear, although weather services in the region had issued a storm warning this morning.

According to Al Jazeera News, firefighter said some 20 vehicles were on the viaduct when it collapsed.