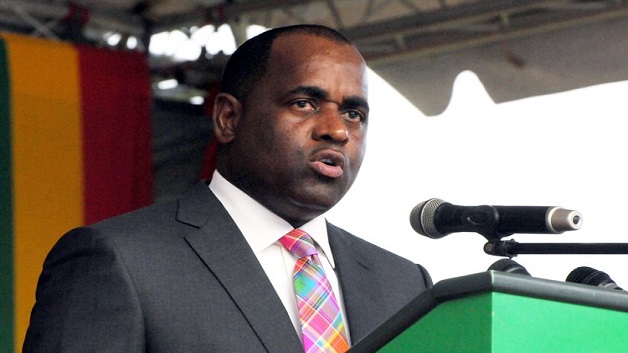 Dominica Prime Minister Roosevelt Skerrit, yesterday, thanked members of the regional and international community that have so far come to the aid of his island, one week after it was battered by Hurricane Maria, a Category 5 storm that left a trial of death and destruction.

“So over the next few days this country will have lots of food and supplies and the intention is to get it to all of the people in the quickest possible way. But we have to be orderly, we have to be respectful of the authorities,” said Skerrit, adding that Dominica is “open for business”.

Skerrit said that CARICOM Chairman and Grenada Prime Minister Dr Keith Mitchell as well as the Barbados Prime Minister Freundel Stuart, are due there today.

“These visits are important, it adds to the hope and calmness of the people that we are not alone in this struggle,” Skerrit said.

Skerrit told a news conference that he was pleased with the regional and international response to the disaster that has left millions of dollars in damage and more than 50 per cent of all housing structures significantly damaged.

Skerrit told reporters that several communities than in the past had been in accessible, were now open including the main network from the capital to the airport in the north of the island.

Skerrit, who welcomed the senior officials of the Regional Security System (RSS) for the work being done in maintaining law and order since the hurricane, also indicated that his administration would be pushing the Dominica Electricity Company (DOMLEC), the telecommunication companies, LIME and DIGICEL in order to restore electricity and telecommunications as soon as possible.

Vincentian national gunned down in Dow Village, California, in Trinidad