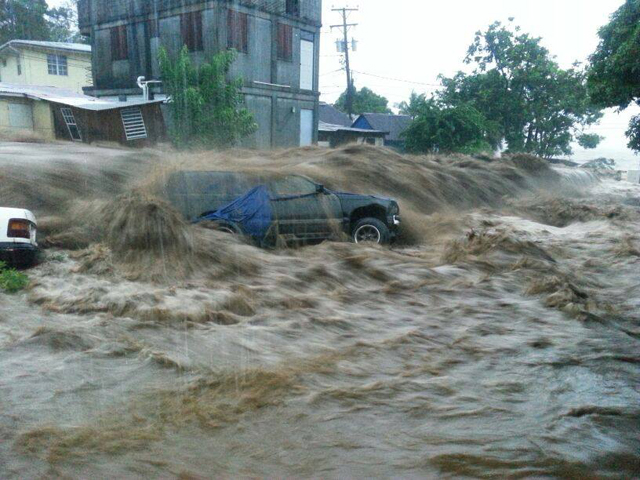 The Dominica government says it has taken a decision to waive all charges for relief aid coming into the country as the first aircraft landed at the Douglas-Charles airport since the passage of Tropical Storm Erika last Thursday.

Erika, the fourth named storm of the 2015 Atlantic Hurricane season has been blamed for the deaths of 31 people and more than 20 others including two French nationals who are missing.

The authorities have said that several villages have been cut off as a result of the destruction caused by the storm that also destroyed bridges, roads and buildings.

Prime Minister Roosevelt Skerrit, in his nightly radio and television report to Dominicans yesterday, said that a decision had been taken by his administration “to waive all charges for all relief aid coming into the country whether it is consigned to the state or consigned to individual persons or organizations and institutions.”