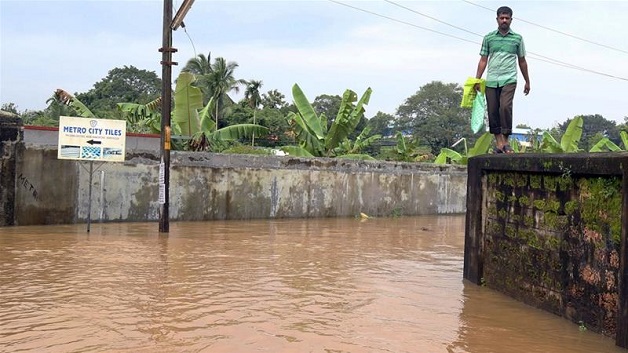 The death toll brought on by floods, landslides and bridge collapses in India’s monsoon-hit state of Kerala has risen to 77 as heavy rainfall threatened new areas.

Authorities in the southern state, which is home to 33 million people, have placed local agencies on the highest alert level in what has turned out to be Kerala’s worst monsoon in almost a century.

“All districts are under red alert as more rains are expected in the next 24 hours,” an official from the Kerala State Disaster Management Authority told AFP today.

Kerala is battered by the monsoon every year but the rains have been particularly severe since August 8, flooding hundreds of villages and prompting the authorities to suspend flights in and out of the region.

More than 60,000 people have sought shelter in relief camps and the army and navy have been called in to assist with rescue operations, airlifting people to hospital, according to the official.

Prime Minister Narendra Modi said today that he was “praying for the safety and well-being of the people of Kerala” and has ordered the Ministry of Defence to “further step up the rescue and relief operations across the state”.

The PSU opposes housing of prisoners at the Mental Health Institution

Two persons arrested and charged for possession of controlled drugs