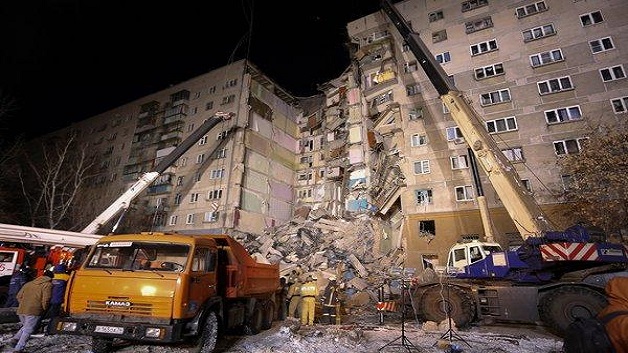 The death toll in a New Year’s Eve apartment building explosion in a Russian city has risen to 38, reports says.

Three people are also currently missing after part of the block collapsed in the suspected gas blast. Six children are among those confirmed dead, the ministry said in an earlier statement.

Six people were rescued, including two children. Among them was a baby boy plucked alive from the rubble by rescuers yesterday, having endured freezing temperatures. The ministry described his condition at the time as “serious.”

According to CNN news, the removal of debris was continuing for a fourth day, the ministry said.

PM calls on Vincentian public not to be complacent