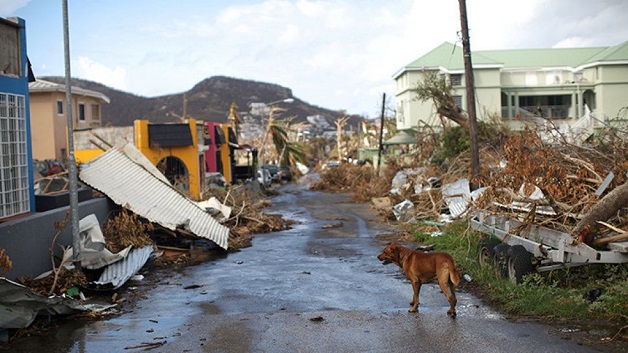 Dominica says it will soon sign an agreement with Cuba for 100 skilled workers, including engineers, as it also urged nationals living overseas with such skills to return and assist in the reconstruction of the hurricane battered island.

Prime Minister Roosevelt Skerrit said five months after Hurricane Maria tore through the island, killing at least 30 people and causing widespread damage, there was still the need for skilled workers to help homeowners put a roof over the heads.

“We are finalizing an agreement with the government of Cuba where we will be bringing in 100 skilled men and women into Dominica to help us fix the homes and reconstruct our country,” he said, hoping that the agreement will be signed later today.

“We are working on the transportation of these people into Dominica. So we will be having some engineers as part of the team and also highly skilled people…and also about 30 or so electricians to help with the re-wiring of homes across Dominica.

“Don’t let us fool ourselves, we do not have a 100 years to put a roof over people’s heads. As a matter of fact we don’t even have many months to do so…and I am hoping we can get our Cuban friends here in Dominica in the month of March to assist us in that very important project,” Skerrit said, as he presented funds to the Mahaut Village Council for a roof repair programme over the weekend.

But Skerrit also urged nationals with various skills residing overseas to assist, adding that many contractors have said to the government that they are experiencing challenges recruiting skilled workers.

Skerrit said he has met with some Dominicans residing in the United States, who have returned home to assist, “but we are going to need more…of these people and this is why I am saying to our citizens who are residing out of Dominica, who has that skill…you have an opportunity to return home to make a contribution”.

Uganda landslide near kills more than 30