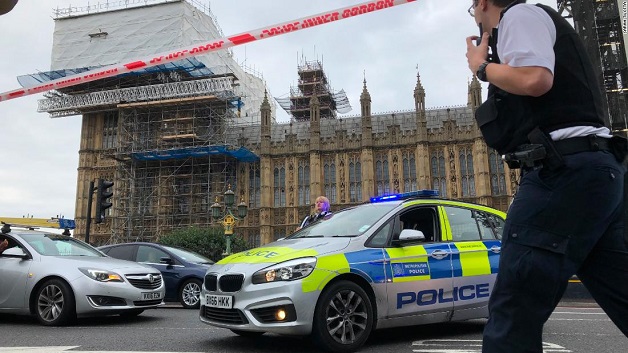 A car crashed into security barriers outside the UK’s Houses of Parliament during rush hour this morning, injuring several people in what police are treating as a terrorist incident.

The man’s car collided with several cyclists and pedestrians before crashing into the barrier shortly after 7:30am, police said.

The driver, a man in his late 20s, has been arrested on suspicion of terrorist offenses and remains in custody in a south London police station.

According to BBC News, the suspect is not believed to be known to MI5 or counter-terrorism police, and is not co-operating with officers.