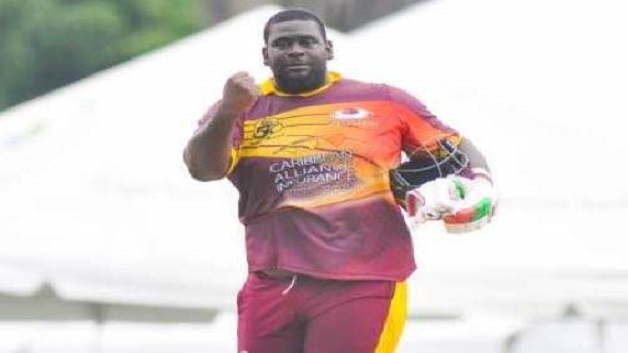 All-rounder Rahkeem Cornwall says he is working hard to raise his fitness levels as he eyes a call-up for India’s full tour of the Caribbean later this year.

The 26-year-old is the region’s leading off-spinning all-rounder but has been repeatedly overlooked for selection in all formats despite his success.

He is a towering figure, weighing over 250 pounds and standing six feet, five inches, and selectors in the past have pointed to his “conditioning” as a reason behind his non-selection.

He added: “It’s really just the gym alone because we do gym in the mornings and then we do on-the-field work. In the afternoons I would do my cricket activities.”

Cornwall was the leading wicket-taker in the just-concluded regional first-class championship where he ended with 54 wickets at an average 17, and also gathered over 400 runs with three half-centuries.

The Leeward Islands Hurricanes talisman has also dominated at West Indies A level on both home and overseas tours, and currently boasts 256 first-class wickets at an average of 23.

Prime Minister Gonsalves announces an increase in number of students entering the division of...