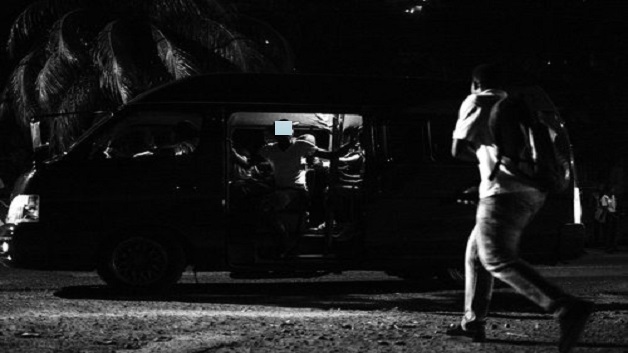 Persons who to operate as conductors on Omni buses have been given a stern warning by the Traffic Depart, to ensure that they possess a permit, authorizing them for that purpose, or be penalized.

The warning comes from  Inspector Henry  Providence, 2nd in charge at the Traffic Depart of the Royal St. Vincent and the Grenadines Police Force.

“The Law is saying that no person shall act as a conductor on any motor omnibus, unless he is a  holder of a permit authorizing him for that purpose. No person shall employ any person, who is not so authorized to work as a conductor. So what it’s basically saying is that you should not be operating on a mini bus, unless he/she holds a permit. Any person who employs such person without that permit, is also guilty of an offense under the Traffic Act and can be penalized for that,” said Inspector Providence, during an interview with WE FM News.

“Now an offense of that nature for both cases, the conductor and the driver is an $80.00 ticket. If that ticket is not paid within the specified time of 21 days, then goes before the court of law, where you can be charged up to EC$2,500.00 as the maximum fine or EC$250.00 as the minimum fine,” added Inspector Providence.

The Inspector also said the law does not allow a person under  the age of 17 to operate as a conductor.

Now persons are of the opinion that if for instance you are issued with a permit in October, then that will take you to October the following year, that is not the case. Every license with respect of conductors expires at the end of the year. So even if you were granted a license on the December 30th, come the 31st of December, the license will no longer be in effect,” said Inspector Providence.