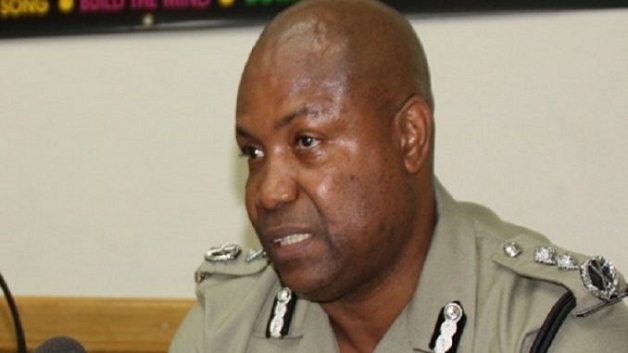 Commissioner of Police, Mr. Colin John expressed the view that it is his wish that the Police Force will never have to use the pieces of equipment that was recently given by the Royal Bermuda Regiment (RBR) and that he is hopeful that the level of peace and tranquility that is currently being exhibited in the country continues perpetually.

Consequent upon the successful culmination of Exercise Tradewinds 2019 – Phase Two, the Royal St. Vincent and the Grenadines Police Force (RSVGPF) received donation consisted of a quantity of Body Armor Covers, helmets and Shields- equipment which are normally used when police and public are in conflict.

The commissioner added that events of that sort can happen unexpectedly; therefore the organization has to be prepared for any eventuality.

Receiving the items of behalf of the RSVG Police Force, Commissioner of Police, Mr. Colin John stated that he is very elated to have established a new found partnership with the RBR. The Commissioner thanked the Major Wright on behalf of the government and people of St. Vincent and the Grenadines (SVG) and more specifically – the members of the RSVGPF.

World powers voice support for Nicolas Maduro after US declares he’s no longer the...

Trump son to testify before US Senate panel next week