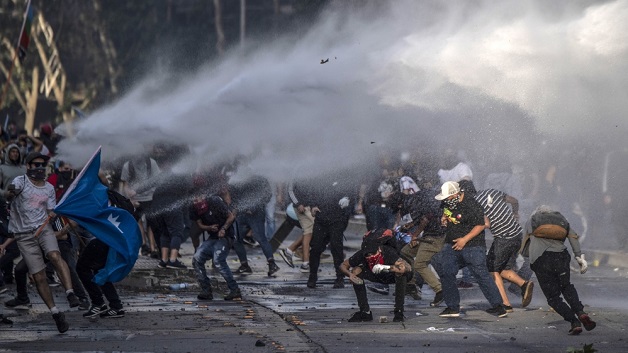 In a report, the BBC said Central Santiago was covered in smoke on Tuesday evening as a fire raged by the hill in Santa Lucia during unrest against social inequality and police violence.

Thousands more gathered in the streets in cities across the country, from Puerto Montt in the south to Antofagasta in the north.

Protests erupted again on Tuesday despite Pinera’s decision to reshuffle his cabinet on Monday, as part of his moves to quell a weeklong uprising against his administration.

Over 30 trapped as boat catches fire off California