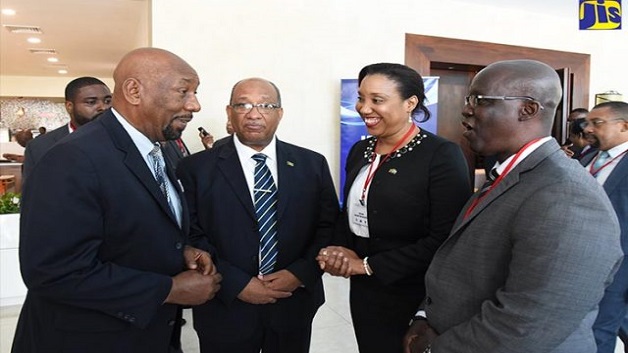 Jamaica’s Minister of State in the Ministry of National Security, Rudyard Spencer, has called on members of CARICOM to collaborate more in the fight against corruption at ports in the region.

Addressing the CARICOM Chiefs of Immigration and Comptrollers of Customs Conference at The Jamaica Pegasus hotel in New Kingston yesterday, Spencer said it is through continuous collaboration that “we will defeat crime at our regional borders”.

“Many of us are confronting issues we have never had to grapple with before at a rapid pace that demands partnership. In the face of porous borders, shifting criminal and terrorist threats, it is indeed true that no man is literally an island and no man or country succeeds alone,” Spencer said.

The state minister said that in this age of terrorism, cybercrime and organised criminal networks, CARICOM continues to face rising levels of crime.

“Gang warfare in the never-ending battle for control of scarce resources continues to tear apart the social fabric of our communities and countries and destroy the lives of so many of our young people,” Spencer added.

He encouraged the chiefs of immigration and comptrollers of customs from the different CARICOM nations present, to continue to promote the rejection of corruption in the forms of illegal drug trade, trafficking of firearms, identity theft and data breaches, among their nationals they have employed, and citizens.