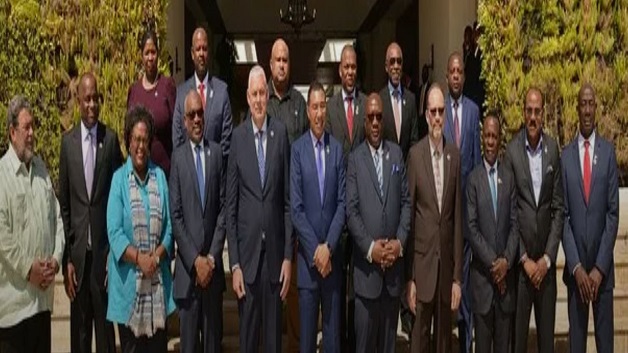 Caribbean Community (CARICOM) Heads of Government will be meeting in Barbados, from tomorrow February 18-19, to speak on issues ranging from current public health concerns to strengthening ties with Africa before them.

According to St. Lucia News Online, the Heads of Government  were expected to have an exchange of views with the Prime Minister of Canada Mr. Justin Trudeau, however CBS News  reported that Trudeau cancelled his trip to Barbados, scheduled for Monday, as indigenous demonstrators and their supporters continue to halt train service across parts of the country.

Foreign Affairs Minister François-Philippe Champagne is expected to attend the CARICOM summit instead of Trudeau.

According to CARICOM Today, the 31st Inter-Sessional Meeting of CARICOM, under the Chairmanship of Prime Minister Mia Mottley of Barbados, is expected to deliberate on a regional approach to the Corona Virus (Covid-19) as well as the continuing challenges posed by non-communicable diseases (NCDs).

Heads are also expected to examine the status of implementation of provisions of the CARICOM Single Market and Economy (CSME). In this regard, they are expected to have an engagement with representatives of the Region’s Private Sector, Labour and Civil Society.

Among other pressing economic development matters, the Meeting is expected to discuss digital transformation in CARICOM and an action plan for elimination of regional roaming charges.

The need for ongoing advocacy against the challenges of blacklisting, de-risking, and withdrawal of Correspondent Banking Services is also expected to get the Head’s attention.