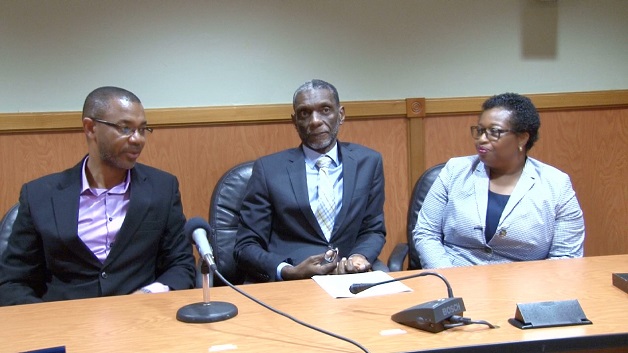 New subjects offering as well as a new approach to the teaching of History in schools are some of the issues looked at during the 50th Caribbean Examination Council (CXC) meeting which was held in St. Vincent and the Grenadines last week.

Speaking to the media at a post Council press briefing at the National Insurance Services (NIS) Conference Room on Friday December 7, 2018, Registrar of CXC, Glenroy Cumberbatch, said that projections were made to introduce the subject areas of Design, Biotechnology, Artificial Intelligence and Robotics.

Cumberbatch said CXC will be conducting some research in schools early next year to see what sort of interest exist from the students while at the same time “letting the students know the true value of those subjects to the new economies and to help the Caribbean create some expertise in those particular areas.”

The introduction of these new subjects is projected to begin as early as 2019 according to Cumberbatch.

The 50th CXC meeting also heard a report from the History Task Force which was set up to look at the poor performance of students of History in Schools across the Region.

The Task Force which was headed by Professor Coby and included twelve Historians from across the region identified several areas which they believe need additional work.

According to the CXC Registrar, the Task Force recommended among other things that the history syllabus be reduced and that a skills-based approach rather than a content heavy approach should be taken and that history should be more exciting and engaging while at the same time accommodating more local history in the activities that children do.

Additionally, it was recommended that History be made compulsory in schools after form three. However, the Registrar said that this is something which will need further discussions as it has the potential to impact on education policies in individual countries.

To this end, the CXC will set up working groups to have consultations with countries at the level of education ministry officials, teachers and students in the different countries. The working groups will then report to the CXC so that efforts can be made to implement the recommendations of the Task Force by 2020.