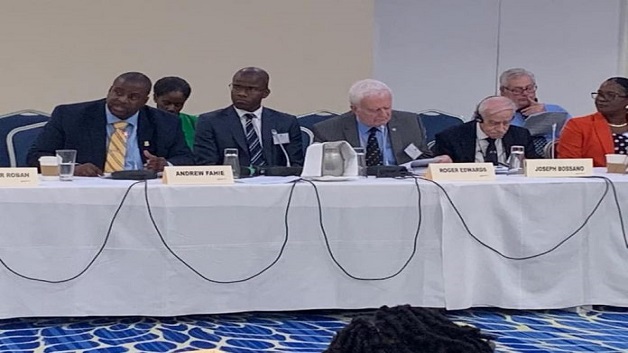 The Premier of the British Virgin Islands (BVI) Andrew Fahie has attended the United Nations Caribbean regional seminar on decolonization in St George’s, Grenada from May 2 to 4.

Among other things, participants considered the political status and current conditions of the 17 Territories that remain on the United Nations’ list of Non-Independent Countries, including the BVI.

In his address to the delegates of the regional seminar, Premier Fahie said, “the relationship between the BVI and UK is not one that should be limited to engagement between the two sides.

The Premier also expressed the BVI’s desire to deepen its relationship with the United Nations in support of the Government’s national development objectives and efforts to meet the Sustainable Development Goals by 2030.

He thanked the United Nations for the ongoing assistance to the BVI with recovery after Hurricanes Irma and Maria from agencies including UNDP, ECLAC, UNICEF and PAHO. In the margins of the regional seminar, Premier Fahie held a bilateral meeting with the Chair of the Special Committee on Decolonisation Ambassador Keisha McGuire, Permanent Representative of Grenada to the United Nations.

Illegal dumping in Kingstown continues to be a serious problem