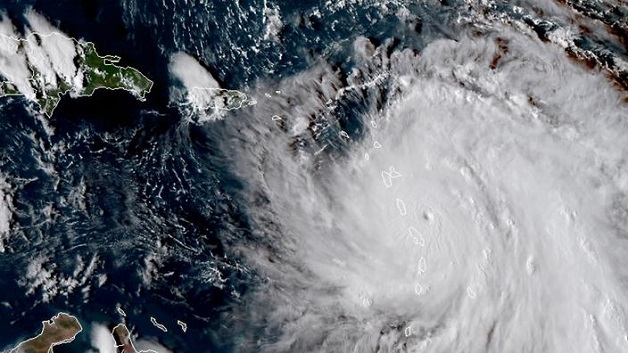 The British Virgin Islands (BVI) is under curfew today as the Caribbean archipelago, still reeling from the devastation caused by Hurricane Irma earlier this month, braced for another mega storm.

“While Hurricane Maria may not be as strong as Hurricane Irma, our present reality is also very different,” Orlando Smith, the premier of the self-governing British territory, warned in a statement.

“Effects such as potential flooding and high winds that can turn debris into dangerous projectiles can have a greater and more treacherous impact for us.

“Many residents are still displaced, homes are not fully secured and our natural protections have had severe damage due to the passage of Hurricane Irma. Our islands are extremely vulnerable right now,” he said.

Maria hit Dominica last night as a Category Five hurricane, the highest on the five-point Saffir-Simpson scale. It was later downgraded to an “extremely dangerous” Category Four, although the US National Hurricane Center warned it could strengthen again.

With officials predicting it would hit the British Virgin Islands today or Wednesday, authorities there imposed a curfew from 6:00pm on Monday and urged residents to stay indoors until it passed.