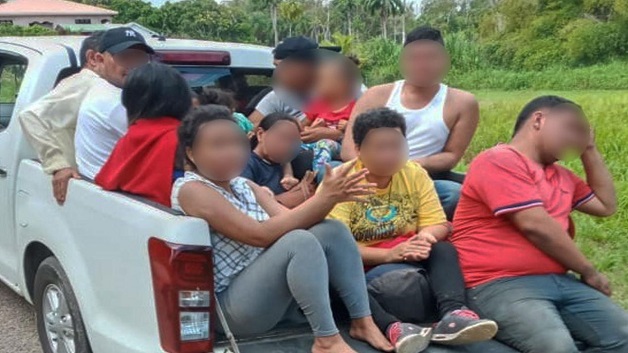 Trinidad’s maritime border with Venezuela continues to be breached with ease, with an unknown number of undocumented Venezuelans coming ashore and blending into the local migrant population.

And concern is being raised, that while Trinidad and Tobago is taking unprecedented measures to limit foreigners from entering the country at official ports of entry, not enough is being done to stop people making the trip from Venezuela, where confirmed COVID-19 cases crossed 30 on Monday, prompting Venezuela’s president Nicolas Maduro to implement a nationwide quarantine.

Last week Tuesday, 37 Venezuelans were held in a convoy of vehicles in Cedros. The men, women and children had camped out in abandoned coconut estates and the bushes waiting for local contacts to move them into South and Central Trinidad.

And on Monday afternoon, 29 Venezuelans were held in the same area. Among the group were five children. They had only just been dropped off by fishing boats.

There was no effort to screen any of these detainees for illness, police officers say. They were simply taken to the police station for processing and deportation.