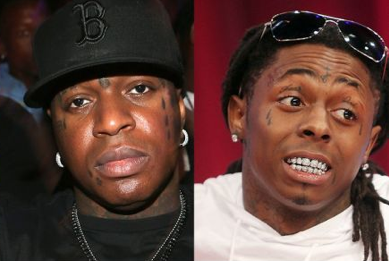 Lil Wayne and Birdman’s war is blowing up in public now the Cash Money boss dumped a drink on Wayne’s head!

According to TMZ The massive diss went down in Miami’s Club LIV on Sunday night. Weezy was onstage, next to the DJ booth when the drink was hurled from a VIP booth above where Birdman was standing.

Sources inside the club tell TMZ … Birdman did it. Seems crazy they’d show up in the same club considering they’re legal fued but they were there for a Jim Jones party. Plus, they both live in Miami, so it was bound to happen eventually.

Wayne’s crew didn’t retaliate but it’s clear. The gloves are off.