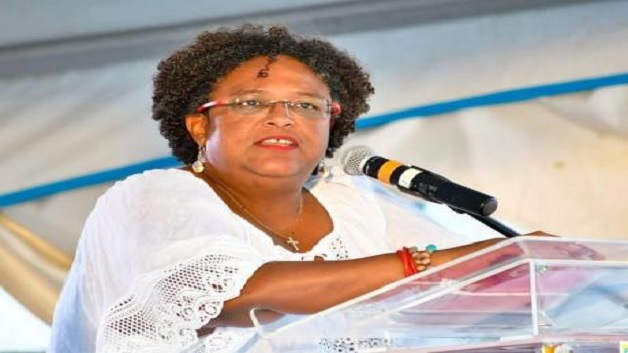 Barbados has reached an agreement ‘in principle’ with external creditors that Prime Minister Mia Mottley said would help the country “put behind us the chapter of the excessive debt creation and we can move on to rebuilding this country”.

A joint statement issued noted that the “agreement in principle includes a reduction of 26.3 per cent in aggregate sum of the original principal amount of the debt obligations and the past due and accrued interest as of October 1, 2019”.

The agreement comes a few months after the external creditors, who hold over 55 per cent of the aggregate total of the instruments, unanimously rejected an offer presented by the Mottley government in June.

Last year, soon after coming into office, the government announced an immediate suspension of debt payments in an effort to restructure the country’s burdensome debt of 157 per cent of gross domestic product (GDP).

Government managed to reach a debt restructuring plan with local creditors by October last year, which included a cut in interest and longer payment terms, resulting in the island’s debt to GDP being reduced to around 125 per cent.

The new agreement reached with the Barbados External Creditor Committee is similar to that accepted by local creditors, featuring reduced principal and interest indebtedness.

According to the joint statement, under the agreement, the external creditors would “exchange certain of Government’s US dollar-denominated debt for new bonds issued by Barbados”.

It is anticipated that the new bonds, due 2029, will be issued with an aggregate face value of US$500 million.

In addition to having a final maturity on October 1, 2029, the new bonds will have a five-year grace period on repayments of the original principal; a debt management provision through October 2024; equal semi-annual principal amortisations commencing April 2025 through the remaining term of the bonds and a fixed annual coupon of 6.5 per cent.

The new bonds will also have a “natural disaster clause” that would, subject to certain conditions and input from the bondholders, enable Government to “capitalize interest and defer principal maturities due on the new bonds for two years” in the event that Barbados is adversely affected by natural disasters.

There would also be a clause providing for the reinstatement of forgiven principal and past due and accrued interest if Government defaults on payment before the successful completion of the ongoing International Monetary Fund (IMF) programme.

Last October, the Washington-based financial institution approved a four-year US$290 Extended Arrangement under the Extended Fund Facility for Barbados.

Barbados to begin issuing licenses for marijuana cultivation next month