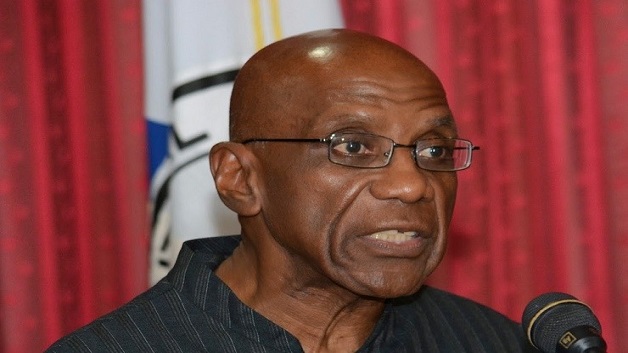 Barbados’ foreign reserves have fallen to the lowest level in 14 years, according to Governor of the Central Bank of Barbados Dr. DeLisle Worrell.

However, Worrell sought to calm nerves by revealing that the Government was anticipating over $250 million, although he did not say how much of that cash would come before the end of the current fiscal year, which ends March 31.

In delivering his latest report on the economy on Tuesday, the Governor said the reserves had fallen below the benchmark 12 weeks of import, standing at about 10.3 weeks.

Even in the face of an economy which was estimated to have grown by 1.6 per cent, along with a fall in unemployment to ten per cent for the four quarters ending in September 2016 and a rise in receipts from Value Added Tax (VAT), Government continued to struggle to earn revenue, Worrell disclosed, according to a report by Caribbean 360 News.

ECCB to host an OECS Business Solutions Think Tank and Hackathon to produce IT...

West Indies to play crucial tri-series against Zimbabwe and Pakistan