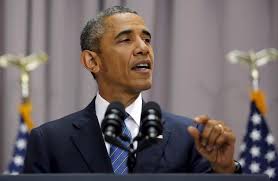 According to Reuters News Agency, thirty-two Senate Democrats and two independents who vote with the Democrats now back the agreement announced on July 14th that exchanges sanctions relief for Iran for Tehran’s agreeing to curtail its nuclear program.

US lawmakers have until September 17th to vote on a “resolution of disapproval,” which would weaken the international pact by eliminating President Obama’s ability to temporarily waive many US sanctions on Iran.