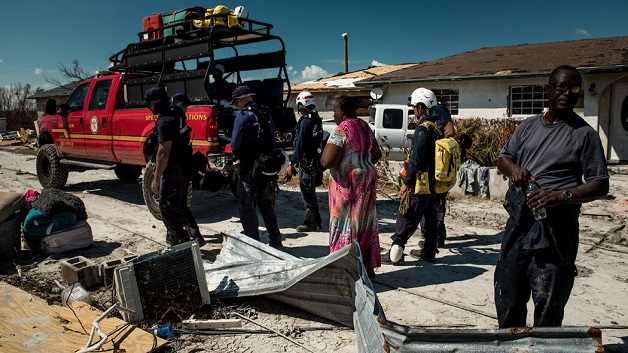 Up to yesterday, 2,500 people were unaccounted for in The Bahamas, following the onslaught of Hurricane Dorian last week.

It is not immediately clear if Jamaicans are among the individuals on the Bahamian Government’s register as being missing, as a National Emergency Management Agency (NEMA) representative told the Jamaica Observer that that update is not yet available.

Speaking at a press conference yesterday, NEMA spokesman Carl Smith said The Department of Social Services is the agency managing the Government register of missing people, adding that the numbers have not yet been cross-referenced with other records.

After this is done, he believes the number of missing people will decline.

“This list has not yet been checked against Government records of who is staying in shelters or who has been evacuated. The database processing is under way,” he told journalists at NEMA’s Gladstone Road offices. “Some individuals who evacuated from Abaco and Grand Bahama have not yet registered with social services and are encouraged to do so at the Department of Rehabilitative Services and Welfare Services.”

He said, too, that some of the Government’s lists will have to be converted to digital format to allow for effective cross-checking.

“As we are able to cross-reference our data sets, we will be able to inform family members and reunite survivors with loved ones at the shelters,” Smith said, adding that NEMA will provide regular updates to the public on how the missing persons’ register is being managed.

West Indies takes a shock 1-0 lead in the three-match series against England at...